Knowing how cortisol influences your body’s functions is key in understanding cortisol dysregulation and how it can have a profound impact on seemingly mundane things – such as your sleep, attentiveness, motivation, and more. 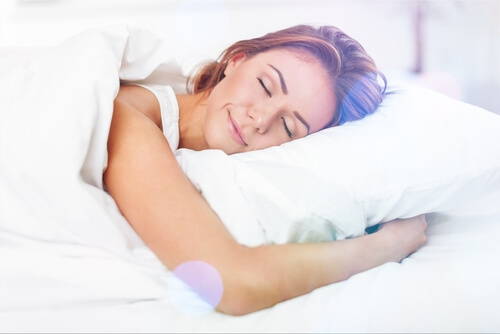 According to a health resource, cortisol is a steroid hormone released in the blood stream by the adrenal glands typically as a result of a triggering event. That includes events like exercise, waking, or facing stressful events.

Cortisol acts on a number of different body functions when it’s released into your system, including:
•   Influencing your body’s reaction to stress or danger
•   Managing how your body uses carbs, fats, and proteins
•   Boosting your metabolism of glucose
•   Influencing blood pressure
•   Reducing inflammation
•   Controlling your sleep/wake cycle
That last one is important, because when your cortisol levels are off (cortisol dysregulation) you can experience a myriad side effects stemming from sleep problems.

So, what happens when you produce too much or too little cortisol? Cortisol dysregulation, and irregular sleep function, can have serious side effects including (but not limited to):
•   Uncontrolled weight gain
•   Anxiety and depression
•   Memory and concentration problems
•   Continued difficulty sleeping
•   Constant and cumulative fatigue
•   Muscle weakness and frailty

Dietary problems
Poor dietary habits, especially those that can result in low blood sugar, can trigger the body’s natural response to what it considered a threat to survival. The body releases cortisol to fix blood sugar levels, signaling the liver to work harder and release converted glucogen. The more this happens, the more likely you are to develop cortisol problems from repeated dietary stress.

Physical stressors
Exercise is suppose to be good for the body, but too much of a good thing can have a negative impact on cortisol levels. According to the National Federation of Professional Trainers, “Cortisol has been demonstrated to align closely in relationship to exercise and training status, and overtraining in particular. Levels in excess of 800 nmol/liter are generally indicative of overtraining. High-intensity resistance/strength training, such as performing sprints or engaging in rigorous bodybuilding workouts, have been correlated with increased plasma cortisol concentrations.”

Emotional stressors
Emotional stress happens every day, including bad stress (distress) and good stress (eustress). Promotions, good news, impending deadlines, money issues, family problems, tests – they call generate emotional stress that impacts cortisol levels. Too much stress, of any kind, can sound the alarms and make the body release cortisol. But once it releases there needs to be a physical release to help the body regain balance. Without it, cortisol levels build up in the blood resulting in the negative impacts mentioned above.

While some diseases like Cushing’s Syndrome and Addison’s Disease impact cortisol production there are also other causes for cortisol imbalance in the body. 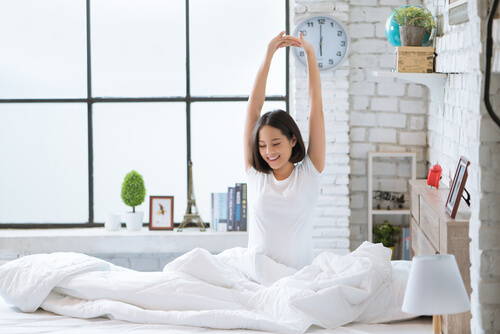 How to hack your hormones and optimize sleep

Sleep is a major concern when it comes to cortisol. It influences your sleep/wake cycle and when your sleep is off, everything you do during the time you’re awake can be impacted. The negative effects of sleep deprivation of cumulative, especially the neurocognitive consequences, so the longer you experience cortisol dysregulation the worse it can become.

Here’s what you can do right now to start correcting the body’s natural balance, optimize your sleep, and get back to center:

1. Exercise properly – it’s good to be physically active. But it’s important to balance the intensity of workouts. Give your body plenty of time to rest and recover from training. That means taking a day off between workouts.
2. Set a regular bed time – an irregular bed time can result in period of insomnia which has a profound impact on cortisol levels. Insomnia, the most common sleep disorder, has been shown to create a lasting (24 hour) increasing in cortisol levels. Set a regular bed time and stick to it.
3. Limit exposure to tech – turn off electronics, especially those emitting blue light. Give your body a one-hour period before bed with no screens or electronics where you quietly wind down.
4. Reduce distractions – use white noise machines, ear plugs, or calming meditative music with a consistent bed time routine. Silence your phone and avoid fluids – especially those with caffeine
5. Take naps – sometimes jobs and activities can limit the total amount of sleep you get, but your body still needs that rest. If this is the case, napping can help reduce exhaustion, assist with cortisol level balance, and help you better control your sleep deficit
6. Mindful stress management - recognize stressful thoughts that can induce anxiety and impact cortisol levels. When you’re mindful of emotional and psychological stressors – especially when they happen before bed – you can develop a thoughtful and deliberate response to managing stress rather than being a victim to it. That will allow you to better control cortisol release in the body.
7. Improve your diet – you don’t have to make drastic improvements. Small diet improvements over time will help correct cortisol imbalances and improve the quality of your sleep since sugar is one of the classic triggers of cortisol release. Improve water intake, eat more fruits, take probiotic supplements, and try to balance the amount of sugar you take in daily.

If you’re not sure how to best improve your diet, speak with your physician and/or a dietician.

The power of nature for your mental health

Cortisol dysregulation and sleep issues can have a cumulative, lasting, and destructive impact on your body. With the tips above you can immediately begin to counter imbalanced cortisol levels, optimize the amount of sleep you’re getting, improve your health, and boost your energy levels during the day.