Could The Ketogenic Diet Work For You?

Diets are often seen as fads that come and go with limited or short-lived success. However, if you were to think of a diet more as a way of eating for the rest your life, rather than just a way to lose a certain amount of weight in a short period of time, then long-term weight loss and a new healthier you would be a distinct possibility. 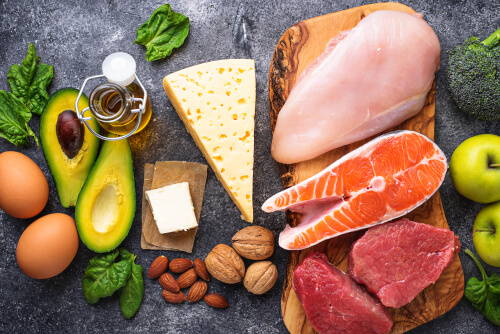 So, the first step to a new you is to find a way of eating that is sustainable - something you can realistically do for the rest of your life. Something that is healthy, fulfilling and actually works. Take ketogenic diets, for instance. There's been a lot of hype surrounding ketogenic diets recently, and it's hard to know if it's a passing fad or the real thing. Is it good for you? Or, is it bad?The ketogenic diet has its proponents and its opponents. Some simply don’t like the idea of limiting their intake of certain foods, and believe that limiting carbohydrates has to be a bad thing. While it’s true that, in the beginning, denying yourself that piece of chocolate cake, or forcing yourself to pass on a big bowl of pasta may be traumatic. At some point early on in the process, your body will adjust and passing up those temptations won’t be painful at all. You simply won’t desire them. And, that’s where the science of ketogenic diet comes in.

On any given day, the average person consumes upwards of 225 grams of carbohydrates a day! 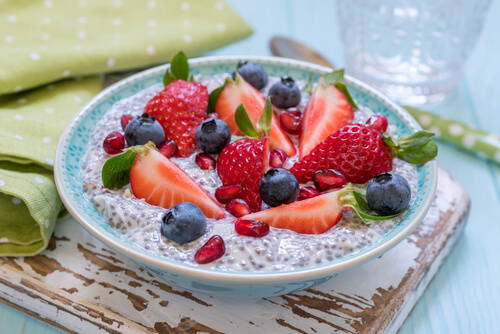 Reduce enough carbs, and your body will go into something called ketosis. Not to be confused with diabetic ketoacidosis, the state of ketosis is healthy and means that your body is running almost completely on fat. And, with ketosis comes weight loss, a reduced appetite, accelerated energy and increased focus. Of course, with the good comes a little bad.
When you first enter ketosis, you’ll likely experience a metallic taste in your mouth, bad breath, and possibly the “keto flu” symptoms which can consist of fatigue, brain fog, headaches and nausea. These negative symptoms are short-lived, and can be reduced by drinking more water and adding salt to your diet.
So, rather than relying on counting calories, the ketogenic diet is supported by a certain number of macronutrients - protein, fat, and carbohydrates - that are determined by your height and gender.
For instance a 5-foot 7-inch female might have macros that look something like this - 120/80/20. Translated, that means that you would be allowed 120 grams of protein, 80 grams of fat, and 20 grams of carbohydrates each day.
As you conduct your research, you’ll find there are a couple of different levels of rigidity within the confines of the standard ketogenic diet. Some are more restrictive than others, depending on how determined you are to lose weight quickly. Generally, carb intake should be between 20 to 50 complex carbs a day.
Some ketogenic diets promote moderate protein and moderate fat intake. Others promote moderate protein and high fat, while still others prefer moderate fat, high protein. This can be a personal choice, but it’s always a good idea to talk to your doctor or registered dietician about what’s right for you.

Protein, for example, gives you that lasting feeling of fullness, however, when it exceeds 35 percent of your caloric intake it can have a negative effect on your health.

Specifically formulated for the keto diet

Codeage Instant Keto capsules have been specifically formulated to help support increased ketone levels, athletic endurance, mental performance, and sustained energy. Codeage Instant Keto can also help you burn fat when combined with exercise and the proper diet. Get the physical and mental drive you need to power through your day and conquer your workouts.

Media reports of whether or not the ketogenic diet is safe are all over the board. However, the National Institute of Health (NIH) reported on a recent randomized trial comparing the effect on weight loss and cardiovascular health in women using a calorie-restricted low fat diet and a very low carbohydrate diet.
The data, according to the study, confirmed that a very low carb diet is more effective than a low fat diet for short-term weight loss, and is not harmful on cardiovascular risk factors in healthy women.
Another study, this time a long-term study, reported that in addition to significant weight loss among the study’s 83 obese participants - both men and women, they also reported a decrease in the level of triglycerides, LDL cholesterol and blood glucose, as well as an increased level of HDL cholesterol, without any significant side effects.
As a weight loss tool, the ketogenic diet has been around since the 19th century, according to the NIH. However, not only was it used as a weight loss tool, it was also used to treat Type 2 Diabetes. And, experts say that the ketogenic diet is an effective alternative that helps people suffering from Type 2 Diabetes to rely less on medication.
Although, it may sound new, the theory behind what is now known as the ketogenic diet has been around since at least 500 B.C. It wasn’t used to control weight at the time, it was actually used to treat epilepsy. Then, according to the NIH, neurotherapeutics - a form of ketogenic diet was introduced by modern doctors to treat epilepsy in the 1920’s.
This method was used for nearly 20 years until it was surpassed by modern antiepileptic drug treatments. However, the NIH says that the ketogenic diet has seen a resurgence in treating pediatric epilepsy.
Ketogenic diets are also followed by cancer patients in order to reduce the amount of sugar intake that fuels cancer cells. What is eliminated is candy, enriched breads, ice cream, and other highly processed foods.
In a nutshell, the ketogenic diet consists of healthy, fresh foods that have undergone little or no processing. Fresh meats, cheeses, real butter, olive oil, dark green vegetables, nuts and berries are a big part of this way of eating.