How to Use Turmeric to Improve Your Health

Turmeric’s potential health benefits are as abundant as its pigment is bright. This vibrant yellow spice has long been used in Eastern Ayurvedic medicine to treat an array of ailments, and is now finding a place in Western research and medicine. Turmeric is best known for its central role in Indian cuisine. Turmeric spice is a key component of many popular dishes, like curry, but like many other spices, turmeric has therapeutic potential.

Turmeric root grows below a beautiful flowering plant in the ginger family. The bright yellow pigment comes from curcumin, the active component of turmeric that is responsible for its many health benefits. Curcumin is a powerful antioxidant, protecting against free radical damage and oxidative stress and is important in fighting inflammation. Recent studies on the health benefits of turmeric have shown promising results for curcumin benefits on overall health and disease prevention. 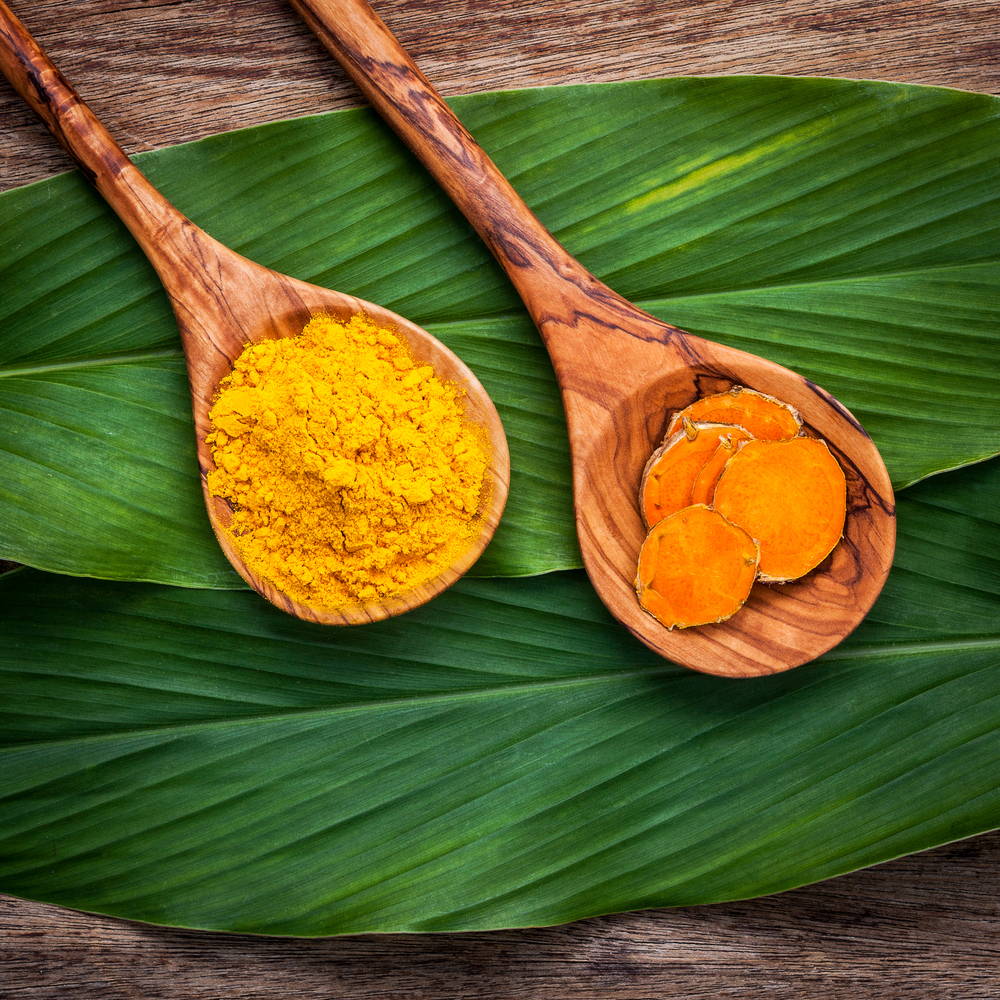 The benefits of turmeric

Turmeric root grows below a beautiful flowering plant in the ginger family. The bright yellow pigment comes from curcumin, the active component of turmeric that is responsible for its many health benefits. Curcumin is a powerful antioxidant, protecting against free radical damage and oxidative stress and is important in fighting inflammation. Recent studies on the health benefits of turmeric have shown promising results for curcumin benefits on overall health and disease prevention.

Oxidative stress and inflammation are key triggers for heart disease and diabetes. Studies have demonstrated that curcumin’s antioxidant and anti-inflammatory effects can protect against heart disease. Its heart-healthy benefits have been proven to be as effective both exercise and a popular prescription cholesterol medication.

In addition, curcumin has been shown to be very successful in protecting against diabetes.  It has also shown great potential in treating the complications associated with this disease like insulin resistance, hyperglycemia and hyperlipidemia.

In addition to the treatment and prevention of disease, doctors have turned to turmeric for pain management. Because curcumin balances neurotransmitter activity and reduces inflammation, it can reduce severity of pain. One study showed that patients that took curcumin saw a greater improvement in their pain levels than those that took a nonsteroidal anti-inflammatory (NSAID) drug.

Curcumin has been shown to modulate the release of the neurotransmitters serotonin and dopamine, making it an effective treatment for depression. Additionally, curcumin contributes to the growth of nervous tissue in the frontal cortex and hippocampus, two areas of the brain that have been connected with depression. The benefits curcumin has on brain function don’t stop there. Curcumin supplementation has been shown to significantly increase levels of a growth hormone that encourages new neural connections in the brain. This has potential in not only treating depression but possibly other brain-related disorders and diseases like memory loss, Alzheimer’s and more.

As oxidation is directly linked with aging, it is no surprise that turmeric has potential as an anti-aging treatment. Curcumin has shown promise in blocking inflammation of specific age-related markers through its powerful antioxidant and anti-inflammatory actions. This demonstrates its ability to slow aging, postpone the onset of age-related diseases and improve the health of elderly people.

Turmeric is common in Eastern cuisine not only for its flavor profile, but also for its ability to contribute to healthy digestion through its antioxidant and anti-inflammatory properties. Small studies have shown promising results in curcumin’s ability to minimize symptoms of gastrointestinal disorders like irritable bowel syndrome (IBS).

How to take turmeric

There are many different options to incorporate turmeric into your daily care routine. The most obvious method is cooking with turmeric powder, which comes from the ground root of a turmeric plant. However delicious it may be, it difficult to consume enough curcumin for a therapeutic dose with only ground turmeric and it is poorly absorbed in the blood stream. Because it is fat soluble, consuming it with fatty foods can aid in its absorption. Further, studies have shown its bioavailability is significantly increased when it is taken with black pepper.

Turmeric tea is a popular choice for turmeric supplementation. Also known as golden milk, this creamy tea is a classic hot Indian drink made with coconut milk, turmeric and black pepper. As we discussed, when this trifecta of fat, turmeric and black pepper work together, the anti-inflammatory and antioxidant absorption is greatly increased. Golden milk is a popular bedtime choice and a great way to work turmeric into your daily routine.

Turmeric has been used in Ayurvedic medicine, primarily in South Asia, for many conditions, including breathing problems, rheumatism, serious pain, and fatigue.

Forskolin is found in the roots of the plant Plectranthus barbatus (Coleus forskohlii) and comes from the mint family that grows mainly in Southeast Asia and India. Forskolin is today seen as a revolutionary breakthrough for many of its unique nutritional properties. Forskolin is sought after for its weight loss properties by helping create enzymes called lipase and adenosine.

Turmeric is a renowned spice that is found in turmeric plant. Turmeric can be found in many Asian dishes and recipes (in curry dishes for example). It has a unique taste and is frequently used to add a special flavor or color to dishes. The medical community also uses its roots for many of its benefits (extracting the curcumin).

Forskolin is a plant derived from the root of a member of the mint family known as the Indian coleus which grows in Thailand, Nepal and other parts of India. Forskolin has been used for centuries for asthma treatment and various other issues. Today it is mostly used as a weight loss supplement.

Traditionally, forskolin and the coleus plant were used to promote general health and wellness. People used to boil the root of the coleus to make tea to drink and to promote wellness. Today, it is most popular as a weight loss supplement.
Learn more
BUY NOW

If you’d like to go beyond cooking with turmeric, there are many options for turmeric supplements. It’s easy to find turmeric capsules on the shelves of most supplement stores or online. No dose toxicity level has been found but be sure to consult your healthcare provider and adhere to the recommended dosage. Turmeric extract is also a popular option. You can also find turmeric oil in most essential oil lines.