Turn your body in a fat burning machine. 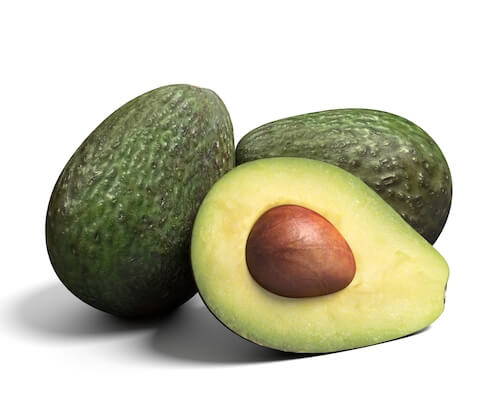 A POWERFUL AND EFFECTIVE DIET 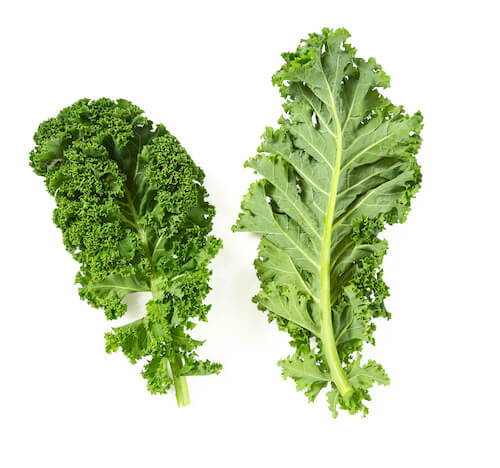 Keep the ability to to eat foods such as meat, fish and other proteins while strictly limiting the quantities of sugars and carbohydrates. 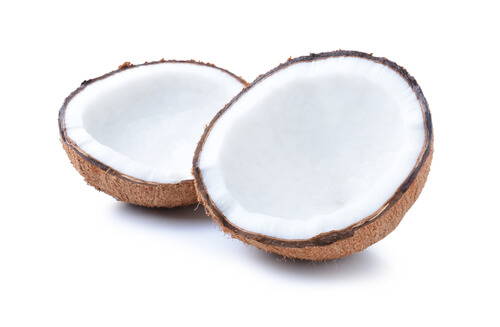 By reducing significantly your carbohydrate intake and replacing it with good fats, you can bring your body into a metabolic state called ketosis. In a ketosis state, your body becomes very efficient at burning fat for energy. 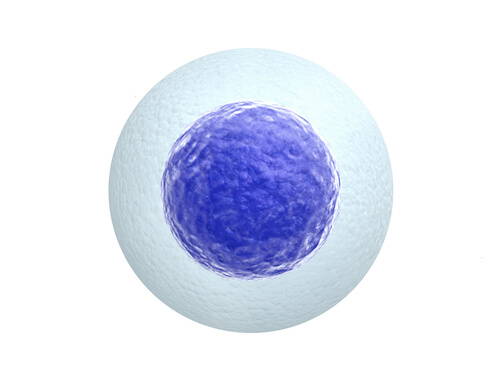 The ketogenic diet has become something of a phenomenon. The idea behind the diet is to send your body into a "ketosis state" or what some people call "nutritional ketosis".

The ketogenic diet significantly restrict the amount of carbohydrates you can eat. The idea being that by reducing the amount of sugar and starch in your organism and replacing it with more fat and protein (fish, meat, eggs), you will reduce the amount of blood sugar, make a change in your metabolic pathways and use your fat as energy instead of using and burning sugar.

Ketone appears when more fat gets burned, effectively entering your body into a state of ketosis. Insulin and glucose level drop while the level of ketone in your body rises.

Several studies have shown that a low carb high fat diet could be effective for many serious medical conditions including cancer, diabetes, heart disease, Parkinson's and many other conditions.

The ketogenic diet and ketosis can help you increase the concentration of good and healthy HDL cholesterol more than regular low-fat and high-carb diets. HDL cholesterol is considered to be heart-healthy.

INCREASE YOUR SATIETY THE NATURAL WAY

Codeage Exogenous Ketones capsules come in the form of BHB salts (beta-hydroxybutyric acid, also known as beta hydroxybutyrate). These BHBs can be used as sources of usable energy for your body. BHBs can be added to the ketones your body produces naturally through fasting, a ketogenic diet or independently.

Codeage Exogenous Ketones capsules are not alone. We have added MCTs (Medium Chain Triglycerides), bone broth oil, adaptogens and caffeine as well as collagen peptides to further help make the product more complete. Collagen is a key protein for ketogenic and low carb dieters and acts synergistically with ketones.

Combining Exogenous Ketones capsules with MCT Oil can be synergistic for ketosis.

MAKING IT EASIER TO LOSE THE WEIGHT YOU WANT

The ketogenic diet has shown significant results for people looking to lose weight and shave off some pounds. This smart diet also helps with satiety so it's easier to follow your specific regimen. 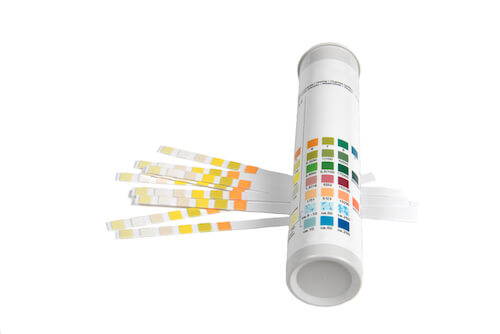 THE POWER OF KETOSIS

The ketogenic diet is a low carb, moderate protein diet that shifts your body from fat storage to fat burning. The key is to think of it as an approach to a heathy lifestyle rather than a diet. Ketosis offers a large number of benefits including promoting a better immune system increasing good cholesterol reducing blood pressure hoping with weight loss putting your energy level and improving brain function. There are many paths to a leveraging the power of Ketosis. Depending on your health status, your lifestyles and your personal values and goals, we can help you get there. You can use Codeage products to get to your goals more effectively.

The ketogenic diet has its proponents and its opponents. Some simply don’t like the idea of limiting their intake of certain foods, and believe that limiting carbohydrates has to be a bad thing. While it’s true that, in the beginning, denying yourself that piece of chocolate cake,or forcing yourself to pass on a big bowl of pasta may be traumatic. At some point early on in the process, your body will adjust and passing up those temptations won’t be painful at all. You simply won’t desire them. And, that’s where the science of ketogenic diet comes in.

On any given day, the average person consumes upwards of 225 grams of carbohydrates a day. Does your body use all of those carbs? Judging from the pervasive obesity epidemic, probably not. There is a lot of science behind the ketogenic diet. However, an over-simplified explanation is that the carbs that your body doesn’t use gets stored on your body as fat. Reduce enough carbs, and your body will go into something called ketosis. Not to be confused with diabetic ketoacidosis, the state of ketosis is healthy and means that your body is running almost completely on fat. And, with ketosis comes weight loss, a reduced appetite, accelerated energy and increased focus. Of course, with the good comes a little bad.

When you first enter ketosis, you’ll likely experience a metallic taste in your mouth, bad breath, and possibly the “keto flu” symptoms which can consist of fatigue, brain fog, headaches and nausea. These negative symptoms are short-lived, and can be reduced by drinking more water and adding salt to your diet. So, rather than relying on counting calories, the ketogenic diet is supported by a certain number of macronutrients - protein, fat, and carbohydrates - that are determined by your height and gender. For instance a 5-foot 7-inch female might have macros that look something like this - 120/80/20. Translated, that means that you would be allowed 120 grams of protein, 80 grams of fat, and 20 grams of carbohydrates each day.

As you conduct your research, you’ll find there are a couple of different levels of rigidity within the confines of the standard ketogenic diet. Some are more restrictive than others, depending on how determined you are to lose weight quickly. Generally, carb intake should be between 20 to 50 complex carbs a day.

Some ketogenic diets promote moderate protein and moderate fat intake. Others promote moderate protein and high fat, while still others prefer moderate fat, high protein. This can be a personal choice, but it’s always a good idea to talk to your doctor or registered dietician about what’s right for you. Protein, for example, gives you that lasting feeling of fullness, however, when it exceeds 35 percent of your caloric intake it can have a negative effect on your health.

Media reports of whether or not the ketogenic diet is safe are all over the board. However, the National Institute of Health (NIH) reported on a recent randomized trial comparing the effect on weight loss and cardiovascular health in women using a calorie-restricted low fat diet and a very low carbohydrate diet. The data, according to the study, confirmed that a very low carb diet is more effective than a low fat diet for short-term weight loss, and is not harmful on cardiovascular risk factors in healthy women.
Another study, this time a long-term study, reported that in addition to significant weight loss among the study’s 83 obese participants - both men and women, they also reported a decrease in the level of triglycerides, LDL cholesterol and blood glucose, as well as an increased level of HDL cholesterol, without any significant side effects.

Although, it may sound new, the theory behind what is now known as the ketogenic diet has been around since at least 500 B.C. It wasn’t used to control weight at the time, it was actually used to treat epilepsy. Then, according to the NIH, neurotherapeutics - a form of ketogenic diet was introduced by modern doctors to treat epilepsy in the 1920’s. This method was used for nearly 20 years until it was surpassed by modern antiepileptic drug treatments. However, the NIH says that the ketogenic diet has seen a resurgence in treating pediatric epilepsy. Ketogenic diets are also followed by cancer patients in order to reduce the amount of sugar intake that fuels cancer cells. What is eliminated is candy, enriched breads, ice cream, and other highly processed foods.

In a nutshell, the ketogenic diet consists of healthy, fresh foods that have undergone little or no processing. Fresh meats, cheeses, real butter, olive oil, dark green vegetables, nuts and berries are a big part of this way of eating.

GET THE HELP YOU NEED

Our premium formula is designed for those following a ketogenic or low-carb diet. BHB is considered one of the three ketone bodies produced and burned in our cells.

Ideal for anyone on a keto diet and low-carb diet, Codeage Instant Keto capsules may help you decrease some "keto flu" symptoms you may have when following a low-carb diet.

BHBs are known as the rockstar fuel. BHBs have many benefits on the body when following a strict diet and regular physical exercise.